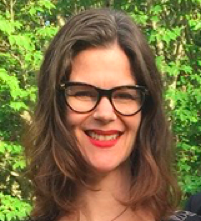 I’ll admit it: when it comes to lofty global goals, my inner skeptic can get a little loud.  Goals and standards simply don’t mean much unless they engender results.  And too often the aspirations voiced in meeting rooms in New York, Nairobi, or Paris – however well-intentioned they may be – fail to yield tangible change for the people who need it most.  I’ve thus found myself a rather cautious supporter of macro-level platforms for change.  Lately, though, my inner skeptic has been a little more subdued, if not altogether silent.  I find myself increasingly confident that the global development community can move beyond feel-good rhetoric to results; believing that we can generate the kind of supportive action that leads to measurable reductions in household violence, increases in women’s land-ownership, and greater female autonomy over reproductive decisions.  So why the change of heart?

In mid-July, members of the Gender Practitioner’s Collaborative (GPC) hit the road to New York City to lead a discussion in conjunction with the United Nations High Level Political Forum (HLPF) on the Sustainable Development Goals (SDGs).  The goal for gender equality was one of six SDGs put forward during this year’s forum for intensive review and deliberation.  There was a lot of ground to cover, as gender equality is not only a standalone goal but also “a cross-cutting issue, without which the overarching aims of the Agenda cannot be realized.” In other words, good health, food security, and poverty reduction are integrally linked with the ability of all people to have the power and the choices to realize their full potential – especially those who are systematically marginalized on the basis of gender or other identity factors.

Members of the GPC were on hand at the HLPF to share the benefits and challenges of mainstreaming gender equality within the culture and work of INGOs.  The group recently launched the Minimum Standards for Mainstreaming Gender Equality (Gender Standards). If the mandate to address gender inequality is fundamental and far-reaching, then a broad coalition of stakeholders needs to stand in solidarity with women and girls worldwide, not in words but in action.  INGOs like CARE thus shoulder an opportunity and a responsibility to promote gender equality through the work that they do every day with people around the globe.  The GPC’s Gender Standards provides a helpful framework to support NGOs to tackle this obligation.

Long before the SDGs, many of us with humanitarian and development missions have been standing with the communities we serve to address the unequal gender and power relations that hinder social, economic, and political progress.  Yet until the Gender Standards, there has been no common reference point for the development community that defines what it should mean, at a minimum, to promote gender equality across our work.

CARE has its own organizational gender standards, which are well aligned with and, in some areas, go beyond the GPC Gender Standards.  One of the ways we hold ourselves accountable to a strong practice of gender integration is by evaluating every project we implement, in every country, with our global Gender Marker. In addition, CARE has recently released its Gender in Practice website that curates global gender statistics and transformative approaches to gender equality.  We are also passionate about our Gender and Diversity training course, which we require of all staff internally and offer to others externally.  Many organizations that endorse the work of the GPC are spearheading strong organizational practices to promote gender mainstreaming.  To name only a few, World Vision has a methodology for conducting regular gender audits based on InterAction’s gender audit handbook; Land O’Lakes requires every proposal to budget for a gender analysis; and Mercy Corps is a leader in gender equitable recruitment.

Some organizations may be at more nascent stages building out their gender practice.  For them, endorsing the Gender Standards is a public expression of their aspirations and an opportunity to learn from peers.  All of us who endorse the Gender Standards know that there is power in solidarity with our fellow organizations, holding up our collective values and aspirations, sharing our successes and setbacks, and most importantly, urging each other onward to accelerate measurable progress on gender equality.  In the coming months, the GPC looks forward to convening a series of public roundtable sessions to share good practices and enduring challenges tied to each of the eight Gender Standards. In this way, we believe that our standards will be much more than a set of aspirations, but a means to catalyze organizational and programmatic change to benefit the people we serve.

Whether our commitment to gender equality is grounded in a political or moral vision, a drive for technical excellence, or a bottom-line business case, the organizations who endorse the Gender Standards recognize the imperative to raise the bar on all of our work for gender equality.  We also see the value of collective action in this regard.

What are the reasons you support the Gender Standards? Share your reasons on Twitter using #GenderStandards. If we’ve learned one lesson from the recent HLPF review, it’s that gender equality is attainable, but we can’t get there without deeper and broader engagement.  So quiet your inner skeptic… and join us in supporting the changes we want to see in our organizations and in the world…